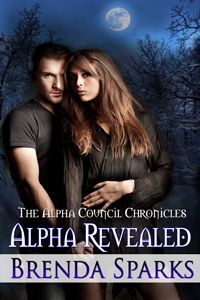 Natasha Peterhoff is the luckiest vampire in the world, at least she feels that way the night of her brother, Nicholai’s, wedding. Having pined over the sexy, but aloof Vladimir Starikovich for centuries, her feelings are finally reciprocated when the pair are drawn to each other and end up making love. Unfortunately, all too soon, the light of day dawns, and the couple must part ways.
Once back in his home in Siberia, Vlad is overcome by doubts. Not only will Natasha’s brother kill him for sleeping with her, but his own past is reason enough to keep her away. His sire, Sergei, killed Vlad’s family, the grief almost taking his sanity in the process. He vows to do everything in his power to keep Natasha from the same fate, even it if means never seeing her again.
When Natasha returns to her vacation home in Australia, she discovers she left Nicholai’s wedding with a gift of her own—a baby. Determined not to be a burden on Vlad, she decides to keep the baby a secret. But secrets have a way of coming out.
With so many reasons to stay apart, will the ties that bind be strong enough to pull them together?
While Alpha Revealed is the 5th story in the Alpha Chronicles Series, it can be read as a stand-alone novel.

What Inspired You to Write Your Book?
I wanted to see how my characters would deal with an unplanned pregnancy. Needless to say, much like a human family, this vampiric family had a wide range of reactions to the news about the blessed event, some reactions were comical, some were in awe, and yet others were in disbelief. It was a lot of fun to see how each character reacted.

How Did You Come up With Your Characters?
The hero of this story is an original member of the Alpha Council. He was always the quiet, reserved one during the previous stories, and it was fun letting the readers get to know him in Alpha Revealed. I felt like every male group needed a strong, silent type and Vlad was it. As for his heartmate, Natasha, she is the polar opposite. She's bubbly and sweet, if not a little nutty. Her personality emerged in direct opposition to Vlad's.

Book Sample
She lifted one arm in his direction. He raised a hand to still her movement. “Don’t…touch me.”
Well, damned if that didn’t smart. He didn’t want her to touch him, even to offer him a little comfort. My, how things changed. He certainly hadn’t minded her touch the night of her brother’s wedding.
Fine. If he doesn’t want me touching him, so be it.
Natasha turned around, sending her harlequin colored pigtails twirling about her face and retrieved the bag of blood from the floor. Without looking in his direction, she stalked through the room and sat in the only padded chair. She punctured the bag with her fangs and drank, glaring at him over the top of the bag.
The blood seeped into her cells, nourishing both her and the baby. The baby moved as she continued to down the bag quickly. Her hunger pangs eased a little with each gulp of the life-sustaining liquid.
Vlad slowly straightened to his full height. The expression on his face, a cross between disdain and pain, softened her eyes. With an awkward gait, he gingerly moved in her direction.
“We need to talk,” he barked, his voice still rough with pain.
She just bet they did. No doubt, Vlad would tell her to leave. It was there on his face. He obviously didn’t want her in his home, and she didn’t blame him.
She had run out after they made love, avoided him for months, and now she had injured his manhood. If the tables were reversed, she probably wouldn’t want him around either.

Author Bio:
Brenda Sparks has always loved all things spooky and enjoys incorporating paranormal elements in her writing. She refuses to allow pesky human constraints to get in the way of telling the story. Luckily the only thing limiting her stories is her imagination. Her characters are strong, courageous, and she adores spending time with them in their imaginary world.

Her idea of a perfect day is one spent in front of a computer with a hot cup of coffee, her fingers flying over the keys to send her characters off on their latest adventure.