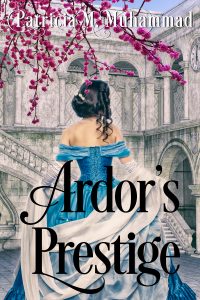 How Did You Come up With Your Characters?
The protagonist in my books, primarily female with her counterpart love interest usually is the center and my starting point. I began generally with what is typically known of people's physical features of that region so I could see how she was in stature, potential beauty and personality. She developed along with the plot and the other characters which interacted with her. It is the problem or obstacle which any of them have to overcome which leads me to develop what type of character, strengths or weaknesses they may have.

Book Sample
Venice appeared a more developed city of the Veneto region than that of Tuscany, a city-state which was reeling from the aftermath of one of the most important deaths in the land. There was one ennobled gentleman who was the patriarch of the eldest serving House with the title of duke. Others were growing in disdain with an attenuated shock from the French encroachment towards its neighboring city-states. Venetians did what they were known for, they feasted, held balls and attended much theatre. Entertainment and fashion were culturally as important as the members of the king’s court. To learn fluently multiple European languages and of the art and architecture of those neighboring countries was to elevate the culture and etiquette of Venezia. Yet, even this could not distract the astute and wealthy from an impending political disaster which loomed near their boundaries. Nevertheless, these worries were for another day. The gentry focused their attention to romance, ennoblement and wealth. The patriarch of the House of d’Alessi, Pasquale, concerned himself with riches and how to maintain them. Giorgina thought romance a silly notion as she aged and one of their daughters, Anastasia, had yet to know where her place was in this aristocratic order.