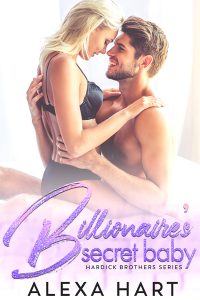 Lusting after your best friend has a way of complicating things.
Giving into that lust one passionate night – makes things even more complicated.
Like… huge secret about a little bundle of joy – kind of complicated.

He’s a hot as hell billionaire,
The nicest guy I know,
And also the guy I’ve been crushing on for as long as I can remember.
So what’s the problem?
I should be thrilled… right?

We’ve never been more than friends for a reason.
A reason that is becoming painfully clear,
now that I’ve gotten myself into this giant mess.

Payden sees me as a friend.
Just a friend. Nothing more.
To him, I’m the funny, outspoken girl who has always had his back.
Not the girl he was dying to knock up during a spur-of-the-moment hookup.

He thought it was just a one time thing,
But it’s not as easy for me to just leave what happened between us in the past.

How can I tell my best friend that he is going to be a father?

What Inspired You to Write Your Book?
The idea of best friends becoming lovers melts my heart every time! Jessie and Payden are such loveable characters and everyone around them knew they were meant to be… everyone except for them, that is. Telling their journey to discovering love where they least expected it was such a joy.

How Did You Come up With Your Characters?
Jessie and Payden were introduced in book one of the Hardick Brothers Series (Billionaire Protector) as the best friends that everyone knew would end up falling in love. They were wonderful additions to book one of the series because they are both so endearing and loveable, but they stole the show once their story was played out in book two.