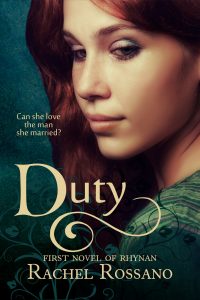 Tomas Dyrease, the newly made Earl of Irvaine and the village of Wisenvale, owes his good fortune to his king and the recent civil war. When his benefactor demands Tomas marry the cousin of a noble, he obeys. However, no one warned him that she wasn’t a typical noblewoman.

Brielle Solarius struggles to keep her village from starvation under the new Lord Wisten, her cousin. The men rode off to war and never returned. The remaining women and children face a dire winter if they do not find a solution soon. When she learns her cousin sold her into marriage to save his life, she isn’t surprised. However, she is taken aback by Lord Irvaine’s unpolished ways. Was this man a noble or a foot soldier?

Bound by the words of their vows, they face a rough future. They must forge a marriage while battling betrayal, accusations of treason, and villains from the past. Survival depends on their precarious trust in each other. Failure could mean death.