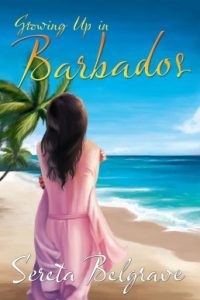 About Growing Up In Barbados by Sereta Belgrave

Growing Up In Barbados is set in the idyllic and beautiful island of Barbados, in the fifties, it tells of one woman's endearing story. Louise the main character was one of six siblings, each with a different father. Her childhood was plagued with poverty. She was often sad as she did not know her real father and hated men as a result. She was very beautiful by Barbadian standard, as she was the product of a British man name Charles, and her African mother Naomi. During her early teen years and beyond, she was forced into an incestuous relationship by one of the many men who came in and out of her mother's life who paid her money for sex. Due to the fact that she never knew her father and then with this occurrence, Louise became even more resentful towards men in general and her hatred and lack of trust for men resurfaced. However because of her beauty Louise was like a magnet to the Barbadian men. Where ever Louise went, they would follow her. The experience also paves a way for her to be wild. She basks with the power she had over men, dominating them by using her charms as a woman. She would have affairs with many men, admitting that she had lost count, in exchange for money with no real love in her heart for them. Many obstacles befall Louise that seems life is hopeless for her. Is there a chance for happiness for her after all?