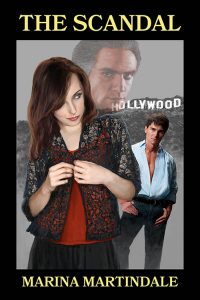 After leaving the soap opera that made her famous, Lauren McAllen is offered a role in a major motion picture, but her dreams of success on the big screen will shatter before the camera starts rolling. When the studio head is accused of wrongdoing, Lauren is unwittingly caught up in a major scandal which rocks Hollywood. Convinced her career is over, Lauren creates a new life for herself in Colorado under a different name, but fate will intervene once again when an old friend unexpectedly appears at her door.