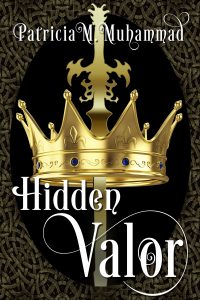 How Did You Come up With Your Characters?
This book was a bit different than my other historical romance novel in this respect. I usually begin with the female main character and develop from there. This time, I focused on the duke, while the duchess may initially seem aloof, it is a defense mechanism. I knew that I would reveal her softer side as the story developed. This I would hope the reader would understand as her true nature. The circumstances puts her in a state of vulnerability which forces her to trust at least one courtier. This is how I opened the door which lead to who she really was to be understood.

Book Sample
Arabella was of a stately figure, not short by any means, nor excessively tall to turn the nose away of an expected suitor. The duchess' body was envied by many of her peers, even as most of it lay hidden under a great mantua and an exquisitely tailored ball gown. She was of the wealthy aristocrats, of the higher members of the king's court. She was the second born of four, yet possessed most of her parents' attention and admiration.

She wondered when she would have her chance to be a member of the king's court in her own right, not under the auspices of her mother and father's established House. Until then, Arabella had to walk under the auspices of their direction, not truly understanding the types of people, whether party to the king court or commoner lied beyond her stately home. Nevertheless, rumour soon circulated about a dispute that had yet to be reconciled. The argument arose between two gentlemen who presented themselves before the king and queen. A duke and a marquis began to argue over a parcel of land that neither had tilled for several years. Their majesties considered this a petty interruption in comparison to rule the land. Decadence and servants to so willingly perform one's bidding could easily dull the senses to the plight of those who were not of the extremely privileged. This, though comparatively they and the king's court to which they had to pay obeisance to had not suffered like those whom wealth greatly divided in 18th century London. The duke produced weathered documents while the marquis-duke did the same. One knew of the rumours which now surrounded the land. The chatter of some young maidens produced a most titillating fable. One of which claimed that a few former servants were buried with elaborate jewels of the house they served. An homage to the great economic disparity which distinguished the ennobled and those who wanted each day for their most basic of needs. Despite the innuendo and gossip, the king and queen were aware that this was part of their duty and as minor as it may have appeared to them, they were forced to hear the two pleas.