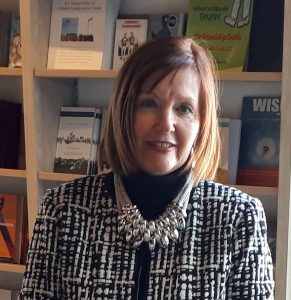 About Rusty Blackwood:
I grew up during the 1950's on my paternal grandfather’s farm in rural south-western Ontario, Canada. My loving parents are now gone and I miss them everyday, but I still have my brother. I am the proud mom of two wonderful sons, and loving grandmother to three beautiful granddaughters and one handsome grandson. I am also great grandmother – or G-G – as I am known to my delightful great grandson. I have always loved to write. This adoration for English composition began in grade school and carried into my adult years. Though I am unprofessionally trained in the field of writing, I have always possessed the uncanny ability of unique expression in stories that could grasp the heart of the reader. I am an Interior Decorator by trade and owned and operated a residential home service for twenty-eight years before retiring from that field. My writing venture began in 2001 when I became a serious writer with intent on seeing where it could possibly take me. Over the years I have written an assortment of both contemporary and traditional poetry, and from this I put together my first collection under the title, Feelings: A Rhythmic Journey in Thought which I self-published in 2009. This was followed in 2010 with my first collection of children's short stories, titled, Young Minds. This collection was based on my own childhood as well as stories I wrote for my grandchildren. In 2010 I published the first part of the original two-part Passion in Paris that I began writing in 2001. This two-part romantic fiction drama was short lived. It was not the way I had envisioned my first venture into this genre to be nor the publishing of it, and because of this the end result was inept, so I took it off the market until I could revise it into my original concept, that of which I finally brought to fruition in the 818 page, 4-star-Amazon awarded, romantic fiction drama, Passions in Paris: Revelations of a Lost Diary, which I released in 2013. Leading up to this, I published a new poetry collection entitled, Impressions which I released in 2011. I followed this with a revised children's short story collection containing previously published stories including those written for my grandchildren, plus additional new stories under the title, Through the Eyes of Innocence. This was followed in 2012 by the comedy short, The Misadventures of Derwood Tugbottom. This was followed in 2015 by the 5-star-award-winning romantic fiction drama, Willow's Walk. In 2017, I followed that novel with the second in the Derwood Tugbottom comedy series, titled, Derwood Returns. In 2019 I released two titles, Derwood Goes Caribbean, the third installment in my ongoing Derwood comedy series, and my newest novel, The Perils of Autumn, another 5-star-award-winning romantic fiction drama. This novel brought two Finalist in Romance Awards from the 2019 International Books Awards, and The American Fest Best Book Awards respectively. I am currently working on the follow-up to The Perils of Autumn, titled Return to Autumn, expected for release in 2020. I love animals, horses in particular, as you will see within the pages of Perils of Autumn. I very much enjoy walks in nature, art, music, and spending quality time with family, and friends.

What inspires you to write?
I can find inspiration in many places: the way a sunset appears, ripples on a pond, trees swaying in the breeze, a memory that touches my heart with happiness or sadness, life experiences that I have endured as well as grown from, and finally, the love of expression through written word. Basically, if it moves me, I can record it in words or base a new piece of work on it.

Tell us about your writing process.
I suppose if I were to choose between being an 'out-liner' or 'seat of the pants' writer, I would have to say a bit of both. I choose to create my characters first and then create the scenarios I wish to immerse them into. I don't block a book, but I do outline the story through key points, and try to stay within the guidelines. However, characters often have an uncanny way of deciding where they are going, what they are going to say, and how those around them will react. I also enjoy this pleasant distraction because I have found through the experience of listening to my characters, I create a much more interesting story than simply creating a cut and dry page after page journey that has no depth or colour. I have sketched my characters in the past, in fact I did for Passions in Paris: Revelations of a Lost Diary. There are multiple characters in this story that interact with the two protagonists, and I found that by sketching them in the way my mind's eye perceived them helped greatly to increase their impact in the story. What I have mentioned works for me. I believe any writer must find what best works for them in order for their story to blossom and flourish.

How do you develop your characters?
When creating a new story, I think about where I'd like to set it as well as the time period, and then develop my characters. to bring it life. My characters often relate the story they wish to be immersed into. By this, I mean the history and background of a character, because to me they actually exist and have something to say, regardless whether they are created as a protagonist, or an antagonist, in other words, good or bad, and how they will interact throughout the story. I always have my main characters defined when I begin, but new or secondary characters can be introduced as the story progresses. My characters often speak to me as well as lend direction of the story. Characters often become friends, for they exist in the story I'm writing, and I have created many characters that forever remain present in my mind.

Who are your favorite authors?
I have great appreciation and respect for a few authors who are primarily known as authors of children’s books, and they are Canadian authoress, Lucy Maude Montgomery (Anne of Green Gables, plus the Emily of New Moon series and more) British author Anna Sewell (Black Beauty) and American author Laura Ingalls Wilder (Little House on the Prairie series of books). I also enjoy the workings of Mark Twain (Tom Sawyer & Huckleberry Finn, both classics). Fav authors of adult works are Nora Roberts, Kathryn Stockett (The Help), Stephen King (numerous horror & psychological thrillers) and British authoress, Emile Bronte (Wuthering Heights). I also enjoy the work of fellow Niagara author, Gina IaFrate. There are many talented, self-published local authors in your area; check them out, and give them a read. You might find yourself pleasantly entertained.