You are here: Home / Bargain Books Under $3 / The Gingerbread House by Pamela Ackerson 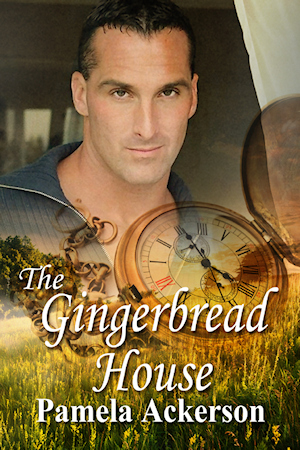 The Gingerbread House by Pamela Ackerson

The possibility of ever feeling like a woman again was a distant dream.

Since her husband’s death, Tricia Adams had been fighting to keep a roof over their heads. With the help of the Grandmothers Four, she’d finally gotten everything under control. She was happier and more comfortable than she’d been in years.

When Carol’s son, Eric Elliott, agreed to help renovate the guest house, she soon learned she was missing something in her life.

However, the dashing and handsome man held a bowl full of secrets and complications, and falling in love was not on her to-do list.

What Inspired You to Write Your Book?
We met Eric in Book One, Living the Wright Life. The piano man/tin knocker had his own story that had to be told. Living a secret life and solving past mysteries. Our time travelling PI leads us on quite an adventure.

How Did You Come up With Your Characters?
A group of friends from a prior book, a unique fun combinations of unusual personalities and I just had to bring them forward.