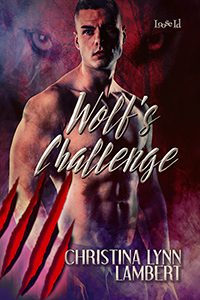 With grief fresh on his mind on a foggy, cold Saturday morning, Derrick’s only goal is to get through the day. Meeting shy, sweet Sydney changes everything for Derrick. Too bad Sydney’s not interested. Can Derrick convince the beautiful artist that he’s not the player she thinks he is? Derrick has more than one reason to be patient and take things slow. He’s got a few secrets, the kind that could make a woman run fast in the other direction. Sydney is already skittish enough but keeping secrets is twisting Derrick’s heart into knots.
Sydney isn’t interested in the charming lawyer with the gorgeous blue eyes and slightly southern accent. That’s the lie she tells herself when she puts Derrick in the friend zone. A few bad experiences have put her off the idea of serious relationships and Derrick is way too tempting. Finding Derrick naked in his living room puts an end to the vague status of their relationship, and Sydney unwillingly falls hard after a night of passion.
Is love stronger than fear. Will these two have the courage to take the final leap? Thanks to an obsessed stalker, Derrick and Sydney may not live long enough to find out!

What Inspired You to Write Your Book?
In writing Wolf's Challenge, I was inspired by the notion that love is often messy and scary. There's risk involved, not to mention the tremendous fear of betrayal people have after being burned once or twice. My goal was to create a story where the hero and heroine had both endured betrayal and tragedy and had to dig deep to find the courage to trust and to love.
In Wolf's Challenge, there are characters who make mistakes, characters who misjudge and make decisions based on fear. Regrets, secrets, desires, strength, and courage all play a role in this story. Strong heroines and tough but vulnerable heroes are my favorite kind of characters to write.

How Did You Come up With Your Characters?
I'm fascinated by the idea that things are not always as they seem. Gorgeous men are not always players, sometimes, they're not even fully human. Creating a world full of surreal and strange things such as humans who can shift into predatory animals, change the weather, or mess with people's minds was incredibly fun. Creating imperfect characters who find the strength to risk their hearts is even more fun!

Book Sample
Sydney sat in the conference room at Brass Cat Advertising, sipping her coffee and wishing the caramel latte could take her to an alternate reality. One where Derrick Porter wasn’t sitting in front of her. His presence had caught her off guard. Sydney took another sip of her coffee as she tried not to stare stupidly, but holy chocolate-covered cherries, the man was hot.

Dark hair and eyebrows made a striking contrast against his strong bone structure and fair skin. His lips, good grief. They looked so soft. Derrick’s long, lean body fit nicely in a suit. The material stretched over his broad shoulders and came in at the waist. He probably had amazing six-pack abs.

When they’d met that Saturday in running group, it hadn’t merely been the fog coupled with Sydney’s exhaustion and two-year streak of celibacy that had made Derrick appear so handsome. Even under the bright lights of the conference room, he was gorgeous. What rotten luck that she couldn’t seem to get away from him.

Great Oaks wasn’t exactly a large city. Eventually, she would have run into Derrick somewhere. Maybe at the store or at some get-together at Carly’s. That wouldn’t have been too bad. She could have dealt with a polite conversation before walking away to catch her breath, pushing Derrick out of her head with every retreating step. On their Saturday-morning runs, Sydney had already planned to wear her earbuds and let her music help her be antisocial.

An ongoing work project was a much worse problem. As it turned out, Derrick knew her boss, Shayla. Only two days after meeting Derrick and trying not to think about the fact that their being partnered at their running group was an obvious setup, Sydney would not have the luxury of ignoring his existence. She ground her teeth.

Bringing her laptop to the table in the meeting room and pretending it was being slow to start had bought her about all the time and silence such distractions could bring. Sydney’s strategy during their first run with Jack’s new team had been to not talk much at all to the handsome, dark-haired man with the stunning grayish-blue eyes. Meeting with him about a graphic-design project didn’t allow for an easy way out.

Polite and professional. Keep it simple. No personal conversation. No X-rated fantasies about lawyers and conference-room tables. Remember he is a player.

Derrick had spoken with everyone at the meet-and-greet of their running group with charm and ease, the same way Jerk-off Jeff had charmed everyone in his presence. Including Sydney, once upon a time. But her former Prince Charming had turned out to be a lying man-whore. Derrick would most likely be no different. Maybe she was being unfair, but after all the shit she’d been through, Sydney wasn’t taking any chances. She was not really ready to date yet, especially not someone like Derrick.

Earlier that afternoon, when Shayla let her know there would be a lawyer representing the Great Oaks Merchants Association coming to meet with her, Sydney was excited and looking forward to the job. Great Oaks was in the process of getting itself back on the map after spending more than a decade nearly deserted. Sydney’s town house was built on the grounds of a former blue-jeans factory. Brass Cat Advertising was located in an abandoned convenience store, though it had been modernized a bit, and Shayla had added on to the back of the building to create more office space.

Things were beginning again in Great Oaks, and Sydney liked the idea of helping the Great Oaks Merchants Association members make their presence known. Using her graphic design to update logos and create designs for the Merchants Association was Sydney’s chance to give something back to the town that had given her such a feeling of peace and security after she had left the violence, fear, and regret of Seattle. The change of scenery had helped her more than she ever thought it would. Meeting Angel and deciding to adopt her had been an unplanned but wonderful decision. Great Oaks would be a good place to raise a child.

After discovering Sydney and Derrick knew each other, Shayla had announced she had some things to do and walked out of the conference room, oblivious to—or maybe just ignoring—Sydney’s please-don’t-leave-me-here-by-myself face.

Sydney put down her coffee cup and smiled what she hoped was a polite, businesslike smile that held no clue how handsome she found Derrick. He returned her smile, though his was warmer. Sydney noticed his bloodshot eyes.

“Allergies?” she asked, thinking of all the pollen blowing through the air. She had done her fair share of sneezing that morning. Cut the crap and move along, she chided herself. No reason to prolong the meeting chatting about the weather.

“That and a little vodka,” he told her with a regretful smile. “Celebrated a birthday Saturday night.”

Sydney wondered why a man would admit to drinking too much at a party if he was embarrassed by it, or perhaps his embarrassment was from the stupid things people did when they drank too much. Whatever. Not her problem. She didn’t even ask him whose birthday it had been.

Derrick handed her a file with several folders tucked inside. Each was full of ideas and sketches from different business owners who belonged to the Great Oaks Merchants Association. He placed one folder on top.

“Brick, Plank, and Stone is a construction company that especially needs help with its branding and logo. Seven hundred thousand acres in western Great Oaks were just sold off at auction and rezoned to allow residential homes and small-scale businesses to be built on the land.”

Sydney thought she caught the slightest edge of a grin from Derrick. Did he have a hand in the rezoning?

“Brick, Plank, and Stone,” he continued in his hypnotizing, mouthwateringly sexy voice, “wants to make sure they can secure a large amount of building contracts from the investment company who purchased the land. This one is the top priority. Then there are several other businesses that need pretty much the same: updated logos, graphics, captions, and different and better print to make their slogans more visible.”

Sydney mentally sighed in relief. The meeting was nearly over, and it didn’t look as if she would have to do much more than give him an occasional update. The sweat she had felt dampening her neck and thighs would soon be gone.

Derrick gave her his business card with his work number and e-mail. She took the card, and her fingers brushed his.

“We’ll meet soon to discuss progress.” The rich, deep tone of his voice filled the room and surrounded her like a favorite song. He looked straight at her. His bloodshot, blue-gray eyes were unlike any color she had ever mixed with her watercolors or oil paints. While she was listening and trying to think which shades of gray she could mix with the blue, she realized he had finished talking. She’d been in Sydneyland mixing paint colors and listening to the timbre of his voice like it was a background song.

“Uh, what? Sorry.” Sydney felt her cheeks get warm at being caught not paying attention, though he would never need to know why her mind had drifted. He laughed, the sound beautiful and…kind of rusty. Derrick told her they would meet up again soon.

Meet? Soon? The man made her break out into a sweat when she had to talk with him. She liked him, didn’t want to like him, and hated making small talk with people she didn’t know well. She could ignore him when they were running, but a business meeting was different. Sydney chided herself for being so silly. He was just a hot guy with whom she would be meeting about purely professional matters. Why couldn’t she make herself feel like it was no big deal? Why did the universe want to make things difficult? Can’t anything ever be easy? She nodded and politely showed him the door.

“It was nice to see you again, Sydney.” The sound of Derrick’s voice made her knees weak. Obviously, something was wrong with her. They could handle business by e-mail. She could send him files.

Yet, Sydney wanted to hear the sound of his voice again. Soon.

Author Bio:
Though I always loved to read (sci-fi, romance, horror, fantasy, and more), I had no idea she wanted to be a writer. I studied psychology and business management instead. After working in sales for awhile, then in case-management for people with disabilities, and most recently as a personal trainer and running coach, I realized that the short story I had been writing “for fun” in the quiet moments of the late evening should be more than just a small story hidden in a black-and-white composition notebook.

When I'm not writing about sexy, strong-willed characters facing terrible, nearly insurmountable obstacles, I love to spend time outside, hiking, swimming, and exploring new places. I live in Virginia with my husband, two children, and a large, obnoxious cat who is lovingly referred to as “the D.C. sewer rat”.