You are here: Home / Archives for 18th Century Romance 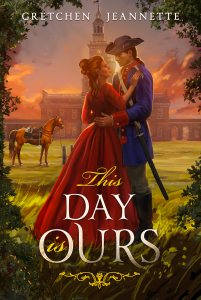 “Enriched by historical details and high-stakes adventures, ‘This Day is Ours’ is a masterful romance.” –Foreword Clarion Reviews

“An absolute triumph from start to finish.” –The Coffee Pot Book Club

What Inspired You to Write Your Book?
I'm a longtime student of the American War of Independence. I wanted to present readers with an entertaining, emotionally charged story that captures the essence of a defining era in American history.