You are here: Home / Archives for 19th century American 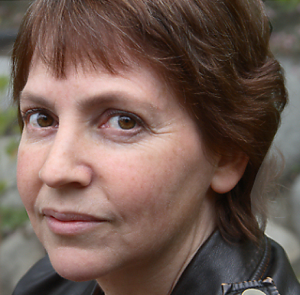 About Karen A. Wyle:
As a child, I wanted to be the youngest ever published novelist, and in fact wrote a truly bizarre and unintentionally revealing first novel, handwritten in pencil, at the age of ten. My mother, blessed be she, typed the whole mess and bound it in a fat spiral notebook so that I could feel "published." After a multi-decade detour, I have published ten novels, with Number Eleven on its way. During that detour, I became a lawyer, and three of my novels include extended courtroom scenes.

After writing science fiction and fantasy through most of my belated writing career, I turned to historical romance in November 2018. (The significance of November: I have written the very rough drafts of all my novels during National Novel Writing Month, aka NaNoWriMo, which I fervently recommend for would-be writers who tend to get in their own way with self-doubts and self-editing.)

What inspires you to write?
I see two questions here: what made me a writer, and what inspires particular stories. I believe that what makes me a writer is inborn, genetic or congenital or epigenetic. Even during the long years when I was not, per se, writing creatively, I was a wordsmith. As for what inspires particular stories, my science fiction tends to arise from one or more news stories that lead me to ask "what if . . . " or "if this goes on . . . ." The origins of my fantasy and historical romance stories are more of a mystery to me.

Tell us about your writing process.
I started out as a "pantser," with only a starting notion and a few character notes. Over the years, I've become more of a "plantser." I don't outline, but I come up with more extensive character notes and also write scene notes. Not all the suggested scenes make it into the rough draft, let alone the final book, and I add quite a few in the revision process.

As noted above, I do my rough drafts during National Novel Writing Month (NaNoWriMo or NaNo for short). This is a worldwide activity in which those who wish to write novels undertake to write at least 50,000 words of new fiction entirely within the month of November. I do my limited planning mostly in October and plunge in on November 1st. (Rather than stay up until just after midnight, I sometimes begin on Coordinated Universal Time rather than my own Eastern Standard Time, and make a point of finishing by November 30th on that same clock.) I typically write between 1700 and 2000 words a day, sometimes more. My drafts tend to end up between 55,000 and 60,000 words, to which I add from 15,000 to 25,000 words during a months-long revision process. (I take December off.)

How do you develop your characters?
I have some idea where my characters will end up, but while they don't usually speak to me in actual words, they quite often balk at my intentions, seize the metaphorical (or actual) reins, and go their own way.

What authors inspire you?
Hoo, boy. There's no way I'll remember all those authors who have inspired me, influenced me, and/or inspire and influence me still. A partial list should include, in roughly chronological order: Jane Austen, Robert Heinlein, Ursula K. LeGuin, Mary Doria Russell, Lois McMaster Bujold, Laurie King, M.C.A. Hogarth, Tessa Dare, and Grace Burrowes. They write, or have written, in a wide range of genres, and have influenced everything from my subject matter to my themes to my style.

How do you keep going in the midst of distractions?
I actually work better in fits and starts than by sitting down for many hours at a time. To the extent I still practice law, I do so from a home office, and tend to bounce back and forth between law work, writing fiction, reading fiction, doing jigsaw puzzles, watching home renovation shows (my television "comfort food" during the COVID-19 pandemic), checking my email and social media, and doing the occasional chore or errand.

If interrupted in the midst of writing, I try to jot down a quick note of where I was heading.

What are your hobbies when you need a break from writing?
I've been a compulsive reader since I learned how to read. I'm more restless than I used to be, so I'm less likely to read for two or three hours straight. In between, I'll watch HGTV and go for short walks (or not quite as short when my joints are cooperating).

What romance genres do you write?: historical romance — so far, 19th century American

Do you write in genres that are not romance related?
I have, and may well do so again. My first novels were science fiction, complete with other planets and aliens. I then shifted to afterlife fantasy, near-future science fiction, and — in the middle of writing historical romance — back to aliens again. I've contemplated trying straight historical fiction at some point.