You are here: Home / Archives for ancient romance 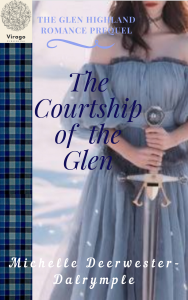 One day, Colin will be Laird of Clan MacLeod and father to Ewan MacLeod. But today, he is a hot-headed young man trying to prove himself to his father. Until he meets a mysterious lady who changes his life. Discover the exciting beginning of the Glen Highland Romance series

Caitir’s young life has mostly focused on her time with her grandmother, learning to make herbals for the village market. Considered a true beauty, she hopes one day to wed so her grandmother can stop worrying about her.

A chance encounter, a fight over a rabbit, and Colin is smitten with the dark-haired lass. And when he learns she can temper his brash behavior, and help him become the man, the Laird, he wants to be, Colin will do anything to have her.

But when another man tries to claim her as his own, will their unlikely bond prove strong enough or will they lose the love they’ve just found?

What Inspired You to Write Your Book?
I have a passion for medieval and Scottish historical romances! 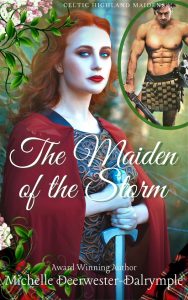 ♥ She’s a powerful Celtic woman. He’s a Roman captive in her village. When their passion for each other grows, can they find a way to be together? Or will the conflicts between the Celts and Romans drive them apart? ♥

As their passions rise, Riana decides that she cannot see the man she loves enslaved. They concoct an escape that is successful at first but leads to disastrous results when the tables are turned.

Just when they think all is lost, their love for each other gives them one chance for survival. Will their love overcome the obstacles that would tear them apart?

What Inspired You to Write Your Book?
A passion for stories about the ancient Celts and Romans!