You are here: Home / Archives for C.J. Burright 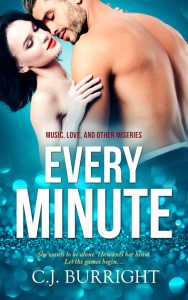 Garret, renown violinist rocker and suspected pirate wannabe, has found his muse whether she wants the part or not. Adara, grumpy grade school teacher, needs solitude to protect her heart, not love. If only the sunshine-in-a-sippy cup music mentor assigned to her class would get the memo… 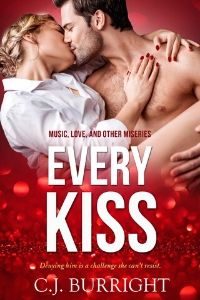 A Music, Love and Other Miseries story – the prequel

He’s smooth, charming, arrogant and believes he can get whatever he wants—including her. Denying him is a challenge she can’t resist.

Six months ago, Gia lost the love of her life—and the spark that earned her the nickname ‘Glitter Girl’. When Christmas rolls near, along with her office-decorating duties and the traditional hiding of mistletoe for the underground holiday kissing bets, she puts on her happy face and pretends she isn’t slowly suffocating. But when cocky lawyer and resident eye-candy Ian bets that she’s the one who will be kissing him beneath the mistletoe, Gia places a bet of her own. No way, no how will she lock lips with Ian.

Ian O’Connor refuses to lose, whether in the courtroom, the bedroom or a bet concerning mistletoe kisses. From the day Gia walked into his law firm, she has haunted his fantasies with her blood-heating stilettos and sunshine smile. Now that she’s single again, he’ll do anything to eliminate his unhealthy fascination for her—a luxury he can’t afford without exposing his troubled past.

But as their battle—and their chemistry—grow in intensity, both Gia and Ian may discover there’s an even greater risk than losing a bet when surrendering to a kiss beneath the mistletoe. 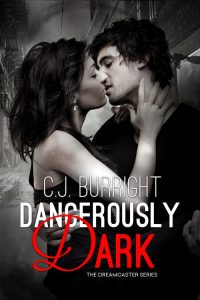