You are here: Home / Archives for clean short read 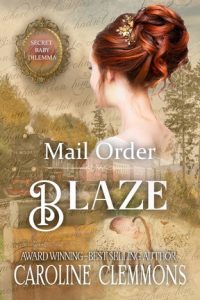 After her sister dies at the hands of her brother-in-law, Bernadette “Blaze” Cook is determined to save her eighteen-month-old nephew from his brutal father. Where better than several states away on a Texas ranch?

Andrew “Drew” Wagner has been looking forward to the arrival of his mail-order bride to start his family and be his docile companion. When she shows up toting a toddler, he is shocked but willing to accept the child. But he learns his wife earned the nickname Blaze not just because her hair is auburn—she has a temper and the will to protect those she loves.
Blaze and Drew must overcome their differences to battle the evil man determined to destroy them. Will the couple conquer the monster pursuing Blaze and her nephew?