You are here: Home / Archives for demon romantic erotica 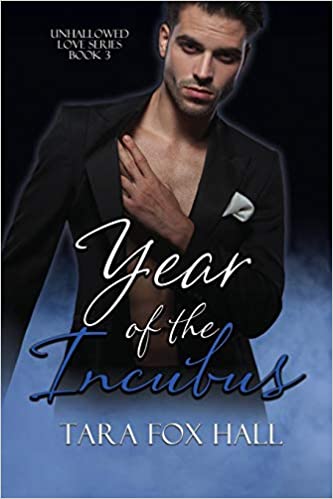 Year of the Incubus by Tara Fox Hall

With the Year of the Demon over, widow Deborah “Debbie” Black is more resolved than ever to put aside her losses: main actor (and human vessel) Jett Black to a murderer’s bomb, and her demon husband Shaker to a new Mistress. Independent studio Pandora Productions has a new trio of paranormal movies to create, and a reputation for mayhem and bloodshed to live down. The year has a stellar beginning: Sheila awakens from her coma, dark witch Leri joins the Pandora team, Jett’s younger brother Brady arrives to finish the movie Jett was working on when he was killed, incubus Vassago Gray’s burgeoning series Incubus has a chance to be picked up by Netflix, and faerie sorceress Myrrh and her army of crowmen stand watch over all. Yet new exceptional scripts are still appearing authored with false names. The perfect setting for haunted isle picture Origin of Fear is available nearby for next to nothing. Vassago may be entering Debbie’s dreams, bent on incubus seduction. When Brady is exposed as an addict fleeing from justice, his days outside a prison cell numbered, Shaker returns in force to possess Brady, tipping the odds in Debbie’s favor. Will the duo’s ruthless resolve be enough to combat the evil demonic shadow preparing to engulf them?