You are here: Home / Archives for Intercultural Romance 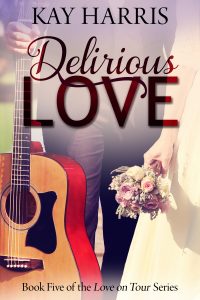 This is the final installment in the ‘Love on the Rocks’ series and it is best read after the other four books in the series.

Alonso Ruiz is sober and back on the road with Hank Tolk and Sean Rush for a North American tour. He’s given up booze, but not women. And when he meets the stiff and proper Vending Manager, Sharyl, he sees a challenge.

Sharyl is Alonso’s polar opposite, and he is intrigued by her, so much so that he doesn’t want just a short fling. He wants more.

But Sharyl keeps her relationship with Alonso a secret from her uptight family. And Alonso has a secret of his own.

When Sharyl’s family finds out what Alonso is hiding, they attempt to put an end to all that Alonso holds dear. With the help of his beloved friends, Alonso has to fight for what he wants most in the world.

The fifth and final installment of the ‘Love on Tour’ series brings back the whole gang for another sweet, funny and wild ride.