You are here: Home / Archives for Native American romance 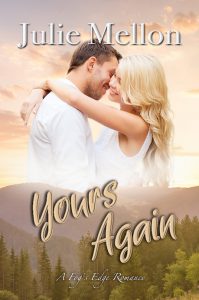 Sometimes revisiting your past can be your salvation.

Mia Waters never saw her life unfolding this way. Being a married yet single mother has left her in a strange sort of limbo. The last thing she ever wanted to do was contact her non-ex-husband, but now she has no choice. This mission is about more than her broken heart. It’s a matter of life or death. And nothing is going to stand in the way of her accomplishing this mission – not even a stubborn ex-soldier who loves nothing more than shirking his responsibilities!

Danny Waters doesn’t get drunk – well, unless you count two nights a year – his wedding anniversary and his divorce-iversary. He has long since gotten rid of anything that could possibly remind him of her betrayal, but after three years, he is still struggling to move on. So, when he opens his bleary eyes to see his ex-wife standing beside him, he’s sure he is hallucinating. Now having her close enough to smell her signature perfume is playing games with his foggy brain – maybe getting drunk was no longer working to wipe his memories. When he realizes she isn’t an apparition, her reappearance threatens to wreak more havoc on his life than he ever could have imagined.