You are here: Home / Archives for Occult

END_OF_DOCUMENT_TOKEN_TO_BE_REPLACED

Haunting in Hartley by Janice Tremayne

Hartley is an Australian rural ghost town that has made a revival for all the right reasons—but it can not shake off its evil past as the phantom returns to haunt its new residents. A converted presbytery that accommodates visitors was once a playground for everything evil in this house—a place for deprived young priests and unfortunate orphans. Consumed by a dark evil source locked away in a cobalt chest for one hundred and fifty years.
Will Clarisse be strong enough to reject the trade-off—the power to foretell future events of her choosing and the horrors that come with the visions? What if she could predict a serious illness or an incident that would forecast a tragedy for a loved one? Perhaps a winning lottery or horse race?
This is a haunting tale of cursed taunts and mindless games of an angry and sarcastic phantasm that occupies the basement, lonely and desperate for someone worthy to take over his curse. The contract with the evil entity comes at a cost for Clarisse—ingrained in her lust to control future events. This becomes an affliction of the mind that she can no longer separate from her reality.
Enter her dark world of greed and lust-driven by Clarisse’s decision to hold onto her newly acquired supernatural power or walk away and resume her normal life—-even at the expense of the spiteful and evil chantage.

END_OF_DOCUMENT_TOKEN_TO_BE_REPLACED 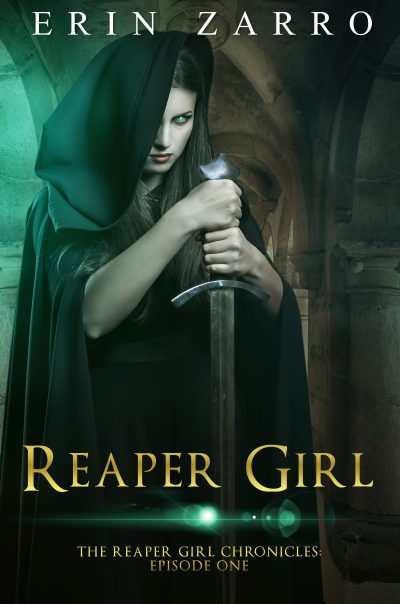 Grim Reaper Leliel made a mistake – she tried to reap the soul of a man who wasn’t dead. Now she has to escort him through the Underworld in an effort to get it back before he turns incorporeal – a fate truly worse than death. But the real challenge is not falling for the young, handsome, funny guy who hates her for destroying his life. No pressure.