You are here: Home / Archives for RegencyRomance 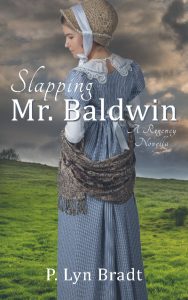 Eliza Morrison is livid. She was treated poorly by a boorish man and now she is the one facing a tattered reputation. If the gossip does not die down, her London Season will be for naught. When the guilty man has the audacity to arrive at her townhouse a week later, what else is she to do but slap him soundly? There is just one problem, she’s got the wrong man.

Every time James Baldwin visits London, he regrets not having taken after his father’s side. That way he would never be confused for his cousin, a cad if there ever was one. He has high hopes that this trip will be different, that is until he meets the open palm of his host’s beautiful daughter.

Facing ruin because of the same man’s misdeeds, can a marriage of convenience protect both of their reputations? And will it still be convenient if their hearts become involved?

Lady Helena Staley knows that she will one day marry a peer of her father’s choosing. She has only resented her future once, when Mr. Price stole her heart at Almack’s and did not even send her flowers in return.
Matthew Price is in no position to marry. He knows this. But that fact has not kept him from pining for the mystery lady he met at Almack’s. If only he knew where to find her.
Fate, or possibly bad luck, brings them together again. There is just one problem, Lady Helena is promised to the Marquess of Boxwood, Matthew’s best friend.
Will duty and pride stand in the way, or can Matthew and Helena find a way to choose their own path? The Count’s Castaway by Aubrey Wynne

He’s escaping his past… She’s running to her future… The present just got interesting.

Narrow escapes seem to Count Alexandre Lecrois’s lot in life. Fleeing France as a boy during the Reign of Terror, he’s a man with no country and soon takes to the sea in search of his destiny.The Napoleonic Wars have filled his pockets and his quenched his zeal for excitement, but his heart remains hollow. When he discovers a feisty stowaway on board, he resists the squall of emotion she stirs within him.

Two lonely souls find passion on the turbulent waters of the Atlantic, each a fugitive of their past. As land draws near, Zander is torn between his desire for Katie and his hunger for the sea. Can love survive once the ship has anchored, or will their newfound happiness founder?

END_OF_DOCUMENT_TOKEN_TO_BE_REPLACED 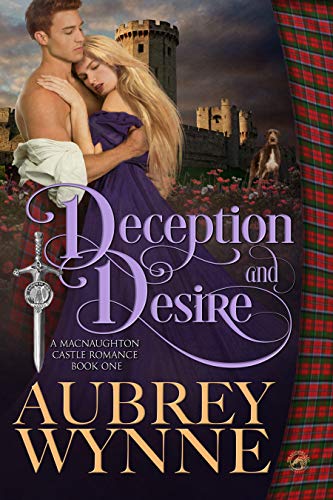 Deception and Desire by Aubrey Wynne

Two rebellious souls… An innocent deception… One scorching catastrophe…
Fenella Franklin is too tall, too intelligent, and has no title. Her talents lie in numbers and a keen business mind, not in the art of flirtation. Lachlan MacNaughton has neither the temperament nor the patience to be the next MacNaughton chief, preferring to knock heads together rather than placate bickering clansmen. The attraction between Fenella and Lachlan sparks a passion not even two rebellious souls can deny. But an innocent deception tests their newfound love and threatens the freedom they both crave.