You are here: Home / Archives for series romance 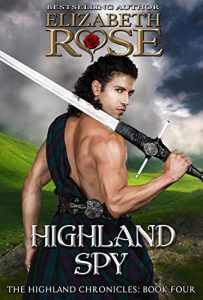 He wields a powerful blade, but her weapon is the mighty quill.

Bridget Ogilvy is the daughter of the king’s chronicler and harbors a deep secret that no one can ever know. She’s been writing the Highland Chronicles in her father’s stead since he’s no longer able to do the task. If discovered, her father’s life as well as her own, could be on the line.

When Highlander, Caleb MacKeefe takes an interest in Bridget and starts getting too close, she needs to guard herself against his constant questioning. While she enjoys his attention, she must protect her secret at all costs. The king commands that her father record the events of the Leader of the Lairds competition and Caleb is the one chosen to escort them there.

While Caleb struggles to unravel the mystery that surrounds Bridget, more problems arise. Someone is trying to sabotage the contest. Caleb, being trusted by the king, is tasked to act as a spy to uncover the culprit.

With lives at stake, decisions must be made that involve both the head and the heart. But can Caleb push his feelings for Bridget aside in order to do the king’s bidding of finding and stopping the saboteur before it’s too late?

What Inspired You to Write Your Book?
I have many series and there are some characters, like my Highlanders that readers want to see again. Therefore, I decided to write the next generation, showing the lives of the sons of some of my most memorable Highland heroes. Caleb, in Highland Spy is the son of Ian MacKeefe from "Ian" of my Madman MacKeefe Series.