You are here: Home / Archives for surviving loss 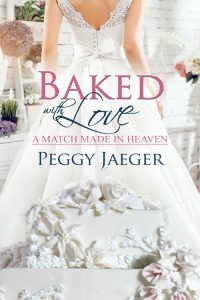 From the desk of Maureen O’Dowd, Innkeeper
Summer To-Do List:
1. Meet with Architect about adding rooms on to Inn Heaven
2. Replenish Nanny Fee’s scone stash weekly and keep her out of trouble (i.e. out of jail)
3. Decorate Cathy’s wedding cake and host wedding reception at Inn Heaven
4. Don’t let Lucas find out how much you love him and don’t let anyone else know, either
5. Try not to fall even deeper in love with Lucas, esp. when you see him in a tuxedo.

From the Desk of Lucas Alexander, Police Chief
Summer To-Do List:
1. Keep the citizens of Heaven safe.
2. Get Robert a job at Inn Heaven to keep him occupied while he visits (added bonus – you get to see Maureen every day.)
3. Tell Maureen you want to be more than friends and convince her this is a good thing
4. Woo Maureen – she loves lilacs
5. Propose to Maureen – get her family involved and on your side., esp. Nanny Fee
6. Marry Maureen
7. Make her happy every day for the rest of her life

Can these two people with such different goals wind up on the same page at the end of the summer?

Innkeeper Maureen O’Dowd has two secrets she’s determined to keep. One involves keeping the man she’s been in love with for years from knowing how she feels about him. The other is a promise she made to her family that she never kept and if it’s revealed, she’s terrified the people she loves the most will be hurt beyond repair.

Police Chief Lucas Alexander wants more than the casual friendship he has with Maureen and he’s determined to show her just how good they can be together. Wearing down her defenses will be hard work, but he’s up to the challenge.

The one thing that could prevent them from a future together is the revelation of the one secret she hopes never to share. Will it drive a wedge between them that can never be repaired?

What Inspired You to Write Your Book?
This is the third installment in my Match Made in Heaven romance series and it involves youngest O'Dowd sister, Maureen. Maureen is a twin. Unfortunately, her twin died from a rear form of breast cancer 3 years ago. I've always wanted to write a story about twins because, as an only child, I wondered what it would be like to share everything – including your exact DNA – with another person. Maureen and Eileen were identical twins so that sharing everything theme is a true fact for them. Having Eileen die before the book begins gave Maureen the motivation to keep her love from Lucas a secret, because she feels in her heart there is no way she can escape the same outcome as her twin, and she will not hurt Lucas by declaring her love, and then dying, leaving him alone. 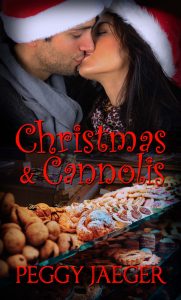