You are here: Home / Archives for Tirgearr Publishing 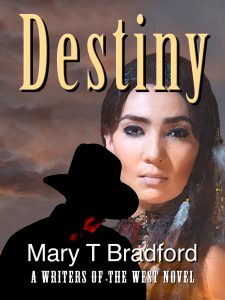 Ahyoka is the daughter of a Cherokee White Chief and is betrothed to Wohali, a warrior in her village. On one of her many walks outside the camp boundaries, she comes across an abandoned cabin. Surprising herself, she feels contented there, enjoying the time she spends in her secret place.
Charles W Sexton is a cowboy who has tired of the cattle drives and the constant sleeping beneath the stars. Yet it is not until he stumbles upon a deserted house that he thinks about settling down.
Two people from different cultures, strangers that are both drawn to the same log cabin. When Charlie claims it as his, Ahyoka no longer has her sanctuary to run to. But destiny shapes the path which they will travel. Will the cabin bring them together as soulmates or pit them against each other as enemies.
Who can tell?