You are here: Home / Archives for Mystery 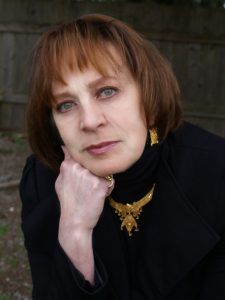 About Chris Karlsen:
I was born and raised in Chicago. My father was a history professor and my mother was, and is, a voracious reader. I grew up with a love of history and books.

My parents also love traveling, a passion they passed onto me. I wanted to see the places I read about, see the land and monuments from the time periods that fascinated me. I’ve had the good fortune to travel extensively throughout Europe, the Near East, and North Africa.

I am a retired police detective. I spent twenty-five years in law enforcement with two different agencies. My desire to write came in my early teens. After I retired, I decided to pursue that dream. I write three different series. My paranormal romance series is called, Knights in Time. My romantic thriller series is Dangerous Waters.

Each series has a different setting and some cross time periods, which I find fun to write.

I currently live in the Pacific Northwest with my husband and four wild and crazy rescue dogs.

What inspires you to write?
For most of my stories it has been a character who works their way into my psyche. I rarely can put a fine point on what exactly inspired the character. The characters view of an event or the world around them is something I want to give voice to. They're my vehicle through time and place. Setting is also a major contributor to my inspiration. The Bloodstone series is set in Victorian London and the main character, Rudyard Bloodstone, is a London detective. It was the setting of Victorian London that was the basis for the series. It's a setting that, to me, lends itself perfectly to murder and dark activities. It is romantic, eerie and a wonderful mix of society.

Tell us about your writing process.
I started by outlining my stories. But the last few books I have been writing by the seat of my pants and not outlining first. It can be a struggle for me and it is slower progress as I work through moments and events. That said, I also am enjoying the freedom of writing outside the initial plot ideas and outline.

How do you develop your characters?
Both. I have a general idea how they will develop but many times a new plot idea will come to me and that will often take the characters in a different direction. The overall plan for them remains because I know how I want to end a story before I begin writing it. But when I throw new obstacles or events at them, I do talk to them. In my head I ask them "what are you going to do now?" If I put them in an unusual or difficult scene, their response, if I'm uncertain of it, will have me asking is this something you'd say or do? I believe every character we write is a part of us in some way, miniscule or big. So when I get a sense that I've mishandled the character's response to a person or situation, I listen to that sense. In their own way, they are speaking to me.

Who are your favorite authors?
Bernard Cornwell-The Saxon Tales series. There are too many to list in the series but the lead character is wonderfully candid and crafted.
Joe Wambaugh-and his Hollywood Station series. He writes the best cops having been one himself. There's humor and pathos in the various men and women. I really love book 1 in the series, "Hollywood Station."
Julie Anne Long and her Pennyroyal Green series. She's brilliant at writing strong female and male characters who dominate a scene but not each other.

What genres do you write?: Historical suspense, historical romance