You are here: Home / Archives for Sagas 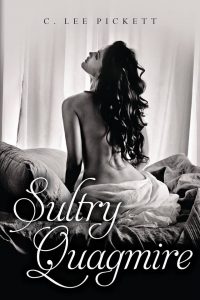 A saga of wealth and scandal centered around a wicked family dynasty. This historical romance novel is set in the lush world of an elite New York family, starting in the 1930’s.
Roxanne is stuck in an unhappy marriage after her relationship with the love of her life ends in heartbreak. On the re-bound, she marries Charles Wahlderbilt and finds herself in the privileged world of an influential family but it is more difficult than she expected. Her husband is a cruel man who enjoys torturing her. The only bright spot in her life is her step-daughter, Veronica and her son, Emmett.

The Wahlderbilt estate is as far from the western front as you can get, and yet it is more treacherous for the newly arrived World War II air force pilot, Darren Blakemore. He is hired to tutor their young son, but it’s their attractive daughter, Veronica who catches his eye. The war hero and the aspiring veterinarian grow closer by the day, and soon, are only happy when in each other’s arms. They face the wrath of her sociopathic father, who wants to protect his legacy at all costs. Veronica Wahlderbilt dreams of life as a veterinarian, free of the controlling restraints and coldhearted apathy of Charles. He wants his daughter to marry into nobility and has just the dim-witted man picked out for her. In a desperate attempt to break free, Veronica and Darren escape to Europe. Her father wants Darren killed and her brought back to America. He sends men to get her, regardless of who dies in the process. They flee and end up on a Greek island as they try to stay one step ahead of her father’s henchmen.

What Inspired You to Write Your Book?
I've always been drawn to the 1930's and 40's. In researching for the novel, I looked at numerous pictures of the era. The clothes draped well, and they had interesting styles with matching hats and gloves. That was when the wealthy really dressed up and everyone wanted to follow the fashion.